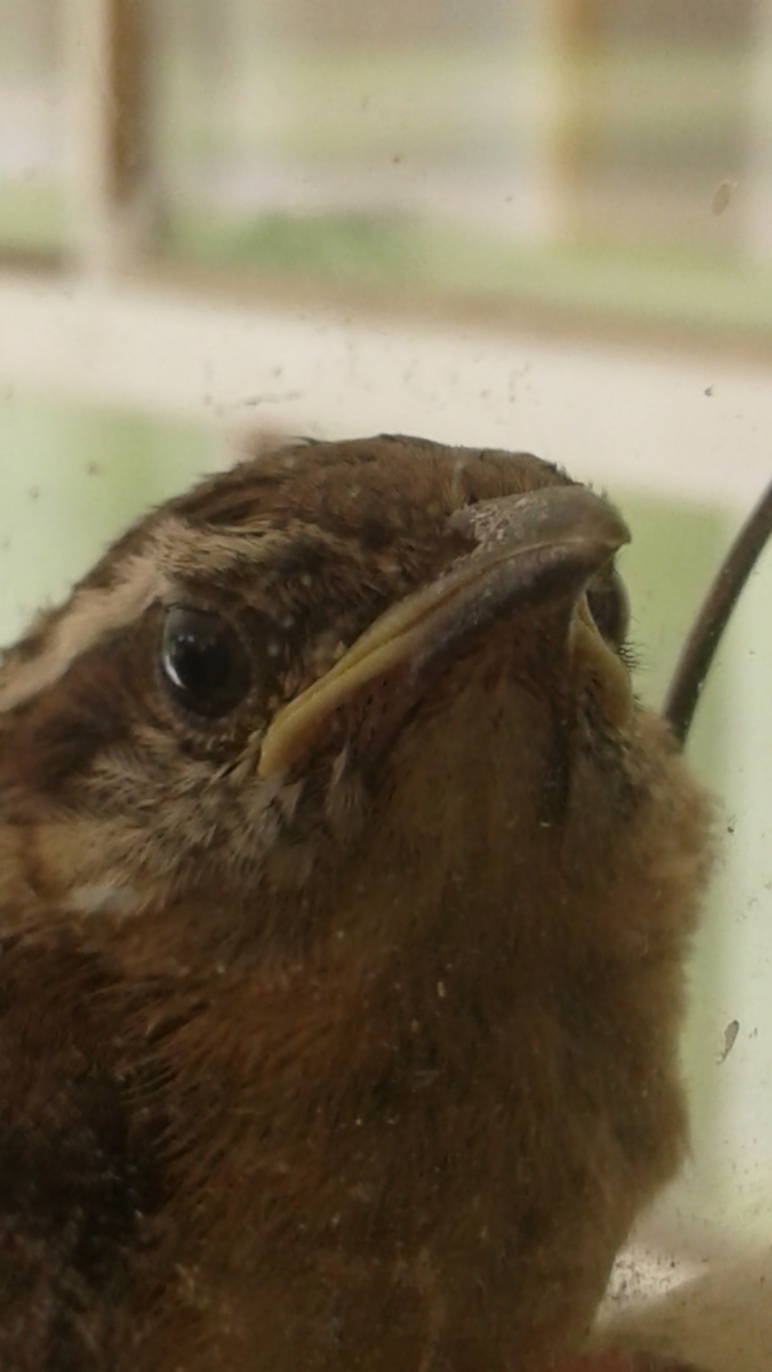 I believe I’ve told you before that I sometimes have the feeling that I’m being watched.  This feeling doesn’t frighten me, but it sometimes makes me wonder why in the world anyone would find me worthy of watching.

Recently I had heard some rustling and chirping on the porch just outside my office window.  I went around the corner to look out the door and then stood and watched two or three little birds flying about, apparently looking for breakfast.  In fact, one little fat chirping fellow sitting near my fern had just caught a flying insect of some kind and was singing his own praises while holding breakfast in his beak.

But it was then that I realized I wasn’t the only one doing the watching.  The rustling I had heard was nearer to me than the birds I had just seen around the fern, so as I backed up and allowed my bifocals to refocus on what was right in front of me, I saw this little fellow in the picture.  He had been rummaging in my wife’s wreath and was staring at me through the window.  He even thought me worth watching enough that I had time to go get my phone and come back to take his picture.

Why do I tell you all that?  My main thought is this.  Be careful how nosey you get when checking out the world around you this week.  You are being watched by those much closer to you than you realize.  Their eyes are wide open, you are in their sight, and however you respond, especially as a Christian, could make or break their spirit.